And a happy Dickens December to all who are joining our read along of Dickens’s major Christmas Stories: A Christmas Carol, The Chimes, and The Cricket on the Hearth.

Of course, if you are not on Instagram and this sounds like fun, please join in! I’ll be posting my thoughts (hopefully weekly) as I read them.

Before I begin my reread of A Christmas Carol tomorrow, I wanted to discover why Christmas was a perfect time for ghost stories in the 19th century. In October, what I thought was the perfect month for scary stories, I read The Turn of the Screw and discovered in its introduction that it was popular to tell ghost stories in December, especially Christmas Eve, so I vowed to find more about it.

This is how I came across the Valancourt Books of Victorian Christmas Ghost Stories and immediately decided to acquire them. The following is informed by the Introductions of both Volume I (edited by Tara Moore) and Volume II (edited by Allen Grove):

Telling ghost stories on Christmas Eve wasn’t actually a Victorian tradition, but it spiked in the Victorian period thanks to the printing press (probably the best invention ever) which made it possible for magazines to exist. These published exclusively ghost stories in December to prepare for the season and thus people had a big repertoire to choose from and read aloud to their family and friends since it was very popular for family and friends to gather around the fire to read stories, sing, or play games like charades during Christmas Eve. I love this tradition and we should definitely bring it back!

Well, Victorians didn’t just read these stories because they were being published at the time but rather they were the public clamoring for said stories to appear in preparation for Christmas Eve.

It’s a tradition that can be traced back to the 18th century where, because midwinter brought longer nights and people couldn’t work, families, friends, and even strangers in pubs, would gather around the fire or candlelight and tell ghost stories.

Well the setting had a lot to do with it. Imagine a cold, midwinter night, where everything is lit by the light of the fire or by candlelight; you can hear the wind howling outside, feel drafts in the room, and listen how the house creaks. It is the perfect setting for scary stories that dealt with the supernatural. 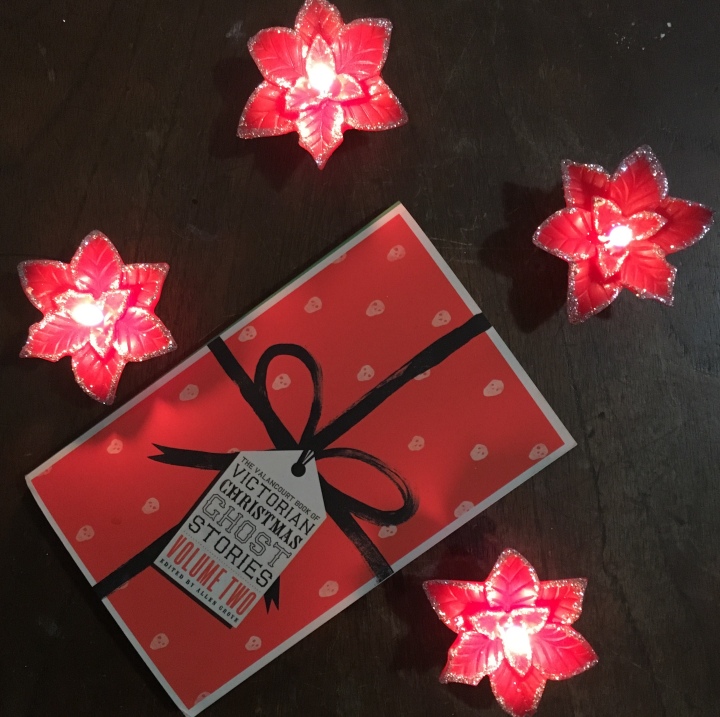 Ghosts became very popular characters in the Victorian period simply because Victorians were a little bit obsessed with death.

It’s easy to imagine this when you consider they had a very close relationship with death. Not only was the mortality rate at its highest, especially when it came to children, but also people tended to die in their own homes, due to the fact that hospitals weren’t the best place back then. If you have read books from the 19th century and before then, you will probably be familiar with the scene of the doctor visiting the family or one of the characters pining away from an unknown disease that kind of looks like the flu (and it probably was).

So then, Victorians were very close to death and the idea of ghosts appealed to them. This is interesting considering that there were so many scientific advancements in the 19th century. And well, not all ghost stories were fully supernatural, some of them ended with a very reasonable explanation for the hauntings, or the things that went bump in the night. However, Victorians enjoyed the stories about “laying the ghost” or releasing the ghost from whatever past crimes forced it to roam the earth, which could involve a mystery, and stories about haunted houses, that often involved big manors in the country and were seen as a “destabilization of the powerful” (Moore 2), a little enjoyment for the lower and middle classes.

Also, as Groves points out in his Introduction, scientific advancements helped stir the Victorians’ believe in the supernatural.

For example, when photography was invented, it was a brilliant creation intended to frame a moment, a real moment, forever. However, because long exposure times required people to stand still for very long periods of time and most people simply didn’t do that, most photographs looked like ghostly images and the best photographs were those of corpses.

Pictures of the living tended to look as if a ghostly presence was standing right next to the living and, those who dealt in mesmerism (something that Dickens believed in for a while) or who performed seances and claimed to speak with the dead, would actually sell this photographs or present them as proof that ghosts were real. In this scenario, science strengthened the public’s belief in the supernatural.

This I found really fascinating because one of my academic interest is how the presence of the supernatural in fiction works to enhance reality or at least to make the reader be more conscious of their own reality. This is something I know Dickens practiced in his writing, especially in A Christmas Carol. He was following an ongoing tradition, but he transformed it and, as he always did, he made it his own.

What makes A Christmas Carol work so well is that it feels very real.

Its very famous opening line is simply a fact, “Marley was dead, to begin with” and from there it takes us on a journey where we, the reader, are connected to the main protagonist, Ebenezer Scrooge.

What helps form this bond, is that it feels like it is being read to us, like we are part of the tradition and the story is being read aloud to us. There are moments when the narrator speaks to us (“Now listen!”) and claims to be there with us, just looking over our shoulder, and this connection makes us feel like we, like Scrooge, are on a journey and, as the journey is changing him, so it must change us.

What also makes this work, is that its ghost or spirits are very realistic in Scrooge’s journey and we, like him, surrender to their presence. After all, they are not visiting in order to horrify or frighten with scare jumps and horrifying sights, but they are showing very real sights, very real moments. They are scaring us into looking into our own deeds, into our own shame, our own lives, and to do something. They are scaring us into virtue.

May we meet again, dear reader!